Temporary limitations are in place for hospital visitors. Visitors must be 18 years or older and not exhibit any flu symptoms.

Women who need surgery for gynecologic conditions can have a quicker recovery and faster return to normal activities with da Vinci robotic surgery.  Our surgeons specialize in:

Our surgeons do more robotic surgeries each year than any other teaching hospital west of the Mississippi. We specialize in caring for the whole woman, not just her diagnosis. Patients have better outcomes because they have a: 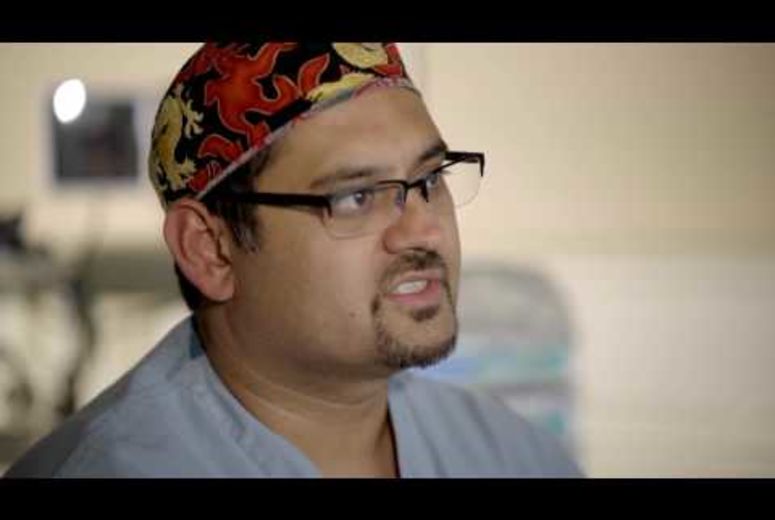 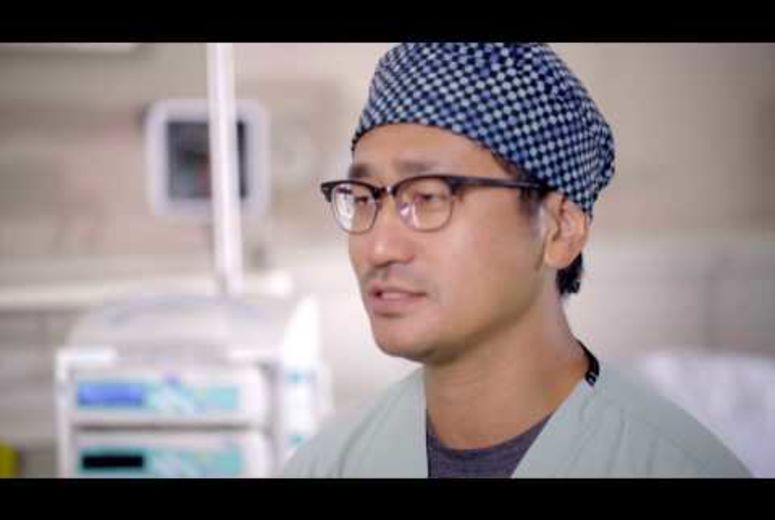 For women needing surgery for incontinence, vaginal prolapse or other gynecologic conditions, Dr. Joshua Yune explains what to expect during recovery after robotic surgery at Loma Linda University Surgical Hospital. 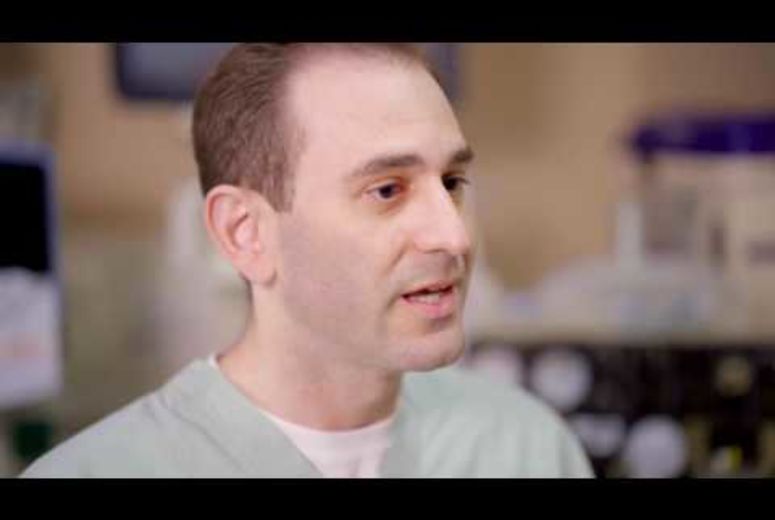 What types of robotic gynecologic surgery does Loma Linda University Health do?

How do I know if I can have robotic surgery?

Talk with your doctor. If you are not eligible because of your health history, you have other options that still offer excellent results.

Can I have a hysterectomy if I am overweight?

Yes, because the surgery uses only tiny incisions.

What happens if the robotic computer crashes during my surgery?

How long should I wait before having sex after robotic hysterectomy?

Recovery times vary, but our surgeons say you should wait 6 weeks before having sex. Your doctor will gently check you at 6 weeks to make sure your vagina has fully healed.

Will I have a decrease in sexual desire?

You may, if your ovaries have been removed. Hormone replacement therapy can help with this. If you still have your ovaries after surgery,  sexual desire should not be affected.

What if vaginal dryness is a problem during sex after hysterectomy?

Estrogen creams (by prescription) or over-the-counter lubricants can help. Robotic hysterectomy greatly reduces the risk of damage to the nerves of the vagina, which control lubrication.

Sex After Other Types of Hysterectomy

If you have had a vaginal hysterectomy or abdominal surgery, you may  need a longer period of recovery and abstinence. The reason is recovery time is greatly reduced after minimally invasive robotic hysterectomy, compared to other types of hysterectomy.

Robotic surgery can be used to treat a variety of gynecologic concerns. At Loma Linda University Health, we specialize in treating women with uterine fibroids, abnormal bleeding, ovarian and uterine cancer and other gynecologic concerns. Our da Vinici® robotic-assisted surgery is just one of the tools we utilize to offer the quickest surgical recovery, and the best outcomes. The procedures listed below are often performed with da Vinci® robotic assistance.

The robotic hysterectomy procedure utilizes four small (1/2 inch) incisions to accomplish what used to require a 6- to 8-inch incision. Removal of the uterus is often necessary when a patient has uterine cancer, uterine enlargement from fibroid tumors, or uterine prolapse. In most cases, the uterus and cervix are removed, and the ovaries are left in place. In cases of cancer, or patient preference, the ovaries can be removed along with the uterus.

With incisions and recovery time similar to the hysterectomy, da Vinci® myomectomy allows removal of fibroid tumors, leaving the normal uterus in place. The robotic arms and wristed instrument tips are uniquely suited for the precise dissection and suturing required to provide a safe and strong closure of the uterus. The myomectomy is most appropriate for patients interested in preserving fertility, but can be utilized in most cases of fibroids depending on patient preference. Although extremely large fibroids may still require an open incision, many patients can be given pre-operative medications to shrink these tumors, allowing the surgery to be done robotically.

Many ovarian cysts will regress on their own over time, and don’t require surgery. When a cyst grows larger over several months, especially when it is causing pain, surgery is often indicated. Most ovarian cysts are benign growths known by names such as “dermoid cysts” or “cystadenomas”. Often the cyst can be removed leaving the ovary intact, but occasionally the entire ovary must come out. Most of these types of surgeries can be performed with laparoscopy using several small incisions. When scarring from previous surgery (such as a previous hysterectomy), or other complicating factors are anticipated, the da Vinici® robotic system is often employed. Most patients can go home the same day as the surgery.

Patients with short term or chronic pelvic pain require a very careful and comprehensive workup, starting with an office visit. Using a detailed history, a gentle physical exam, and imaging studies such as ultrasound, our physicians can generally develop a good idea what might be causing these symptoms. Sometimes the workup leads away from the operating room and towards other causes such as intestinal or bladder conditions. Sometimes, however, laparoscopic surgery can be helpful to look for gynecologic causes of pain such as endometriosis.

Endometriosis occurs when some of the uterine lining (called endometrium) is pushed out through the fallopian tubes into the pelvic cavity. Because of this abnormal location, the body sees this lining as foreign and attacks it, causing scarring, pain, severe cramping with periods, and painful sex. When endometriosis is found during surgery, it can often be removed or cauterized away. Cases of severe endometriosis can lead to some of the most difficult surgeries in all of gynecology due to the excessive internal scarring. When this is encountered, da Vinci® robotic surgery can be extremely useful in restoring normal anatomy and treating pain.

Vaginal prolapse occurs when the ligaments holding up the pelvic organs become weakened and these organs (such as the bladder or uterus) sag down into the upper vagina causing pressure and urinary problems. Vaginal prolapse repair returns the organs to their proper positions inside the pelvis. Often these surgeries are performed in combination with a hysterectomy, depending on the patient’s preference and future fertility plans. Many times the surgery can be performed completely through the vagina, but newer techniques have started to use the da Vinci® robotic system. One of the best treatments for vaginal prolapse, called a sacrocolpopexy or sacrohysteropexy (depending on whether the uterus is retained or removed) has generally been done through a large abdominal incision. With the addition of the da Vinci® system to our toolbox, this surgery can now be accomplished through four or five small (1/2 inch) incisions. A one night hospital stay and return to normal activities in 2- to 4-weeks is the norm.

For patients with a diagnosis of gynecologic cancer (uterine, cervical, and ovarian are the most common), the fear of what this diagnosis may mean is foremost in their thoughts. The good news is that most cases of uterine cancer, and many early cervical cancers can be completely cured through timely and careful surgery. These surgeries are complicated, involving removal of the uterus, ovaries, and fallopian tubes, as well as some or all of the lymph nodes surrounding these organs. Because these lymph nodes extend further up into the abdomen, a very large incision from the pubic bone to above the navel has traditionally be required – resulting in prolonged hospital stays and slow recoveries. Many gynecologic cancer surgeons have now begun using the da Vinci® robotic system for these surgeries, with superb results. One night hospital stays have now become commonplace, and many patients are back to full activities in several weeks. The stories are truly amazing when compared with previous methods.

What is Gynecologic Robotic Surgery?

As part of our commitment to whole person health care, we are dedicated to offering our patients surgical options that make sense as part of their busy lives and schedules. Robotic surgery is an advance in surgical technology that typically results in shorter hospital stays and significantly reduced healing times.

At Loma Linda University Health , we use the da Vinci® Robotic Surgery System to provide our patients with surgeon-directed, robotic-assisted surgeries like robotic hysterectomy and robotic myomectomy. The robotic surgery system cannot move without surgeon control, nor can it make decisions on its own. It is a technologically advanced tool that provides our surgeons with better visibility, precision and control in the operating field.

While traditional surgery requires a large incision so the surgeon's hands can fit inside the patient's abdomen, robotic surgery requires only two or thee small incisions. The robotic arms and camera are positioned in these incisions, allowing all of the surgical movement to take place within the abdomen. The surgeon then has a close-up, high definition view of the uterus and is able to guide the robotic hands to delicately move, cut and suture.

During the operative procedure the surgeon sits at a controlling console near the patient. A bedside assistant surgeon is next to the patient. As the surgeon watches the operative field though the camera, he controls the robotic arms from the console and the robot arms replicate the surgeon's movements. In the robotic hysterectomy procedure, the surgeon is able to plainly see and carefully remove the uterus while sparing a large incision and avoiding the subsequent longer healing times. Robotic surgery represents the best technological innovation has to offer coupled with the years of experience resting in each surgeon on our team.

As the first hospital in the Inland Empire to introduce the state-of-the-art and minimally invasive da Vinci® Surgical System, Loma Linda University Health is home to the most experienced surgeons in the region and offers the highest level of expertise in whole person health care.

Loma Linda University Health is committed to whole person healing—body, mind and spirit. Mental preparation for surgery has been shown in a number of studies to help improve surgical outcomes and recovery time. Here are some of the most important instructions for our most common gynecologic robotic surgery procedures. To start on the path to wellness through robotic surgery, contact us today!

Before you are scheduled for a robotic hysterectomy or other gynecologic robotic surgery, you will have a detailed consultation with your physician. He or she will provide you with detailed information about the procedure, take a comprehensive medical history and answer any questions you may have about treatment through robotic surgery.

Once your surgery is scheduled, you will be given pre-surgical dietary instructions and you may need to have some additional lab tests.

On the day of your robotic surgery, you'll meet with your surgical team. Once anesthesia has been administered, the surgery should take between 2-4 hours. Depending on the type of your procedure, fibroids, your uterus and/or other surrounding tissue will be removed.

Once the surgery is complete, you'll spend some time in the recovery area then will be transferred to your regular room. By the end of the day, you should be able to walk with assistance.

Most robotic surgery patients are able to return home the day after their surgery. Before you are discharged, you'll be given some specific directions for the healing process. When you return for your follow up appointment, your physician will provide you with any additional treatment instructions. Most women return to regular activities within 2-3 weeks of having robotic surgery.

"It's given me a whole sense of renewed hope in many areas of my life - this surgery - it hasn't just affected my physical being, but it's affected many levels of my life."