Open and Safe for Patient Care

Due to CDC guidelines, Loma Linda University Health has made the difficult decision to cancel on-campus events unless otherwise noted. Many events have transitioned to a virtual experience, please check individual event listings for details.

For the latest information, please visit our coronavirus update page. 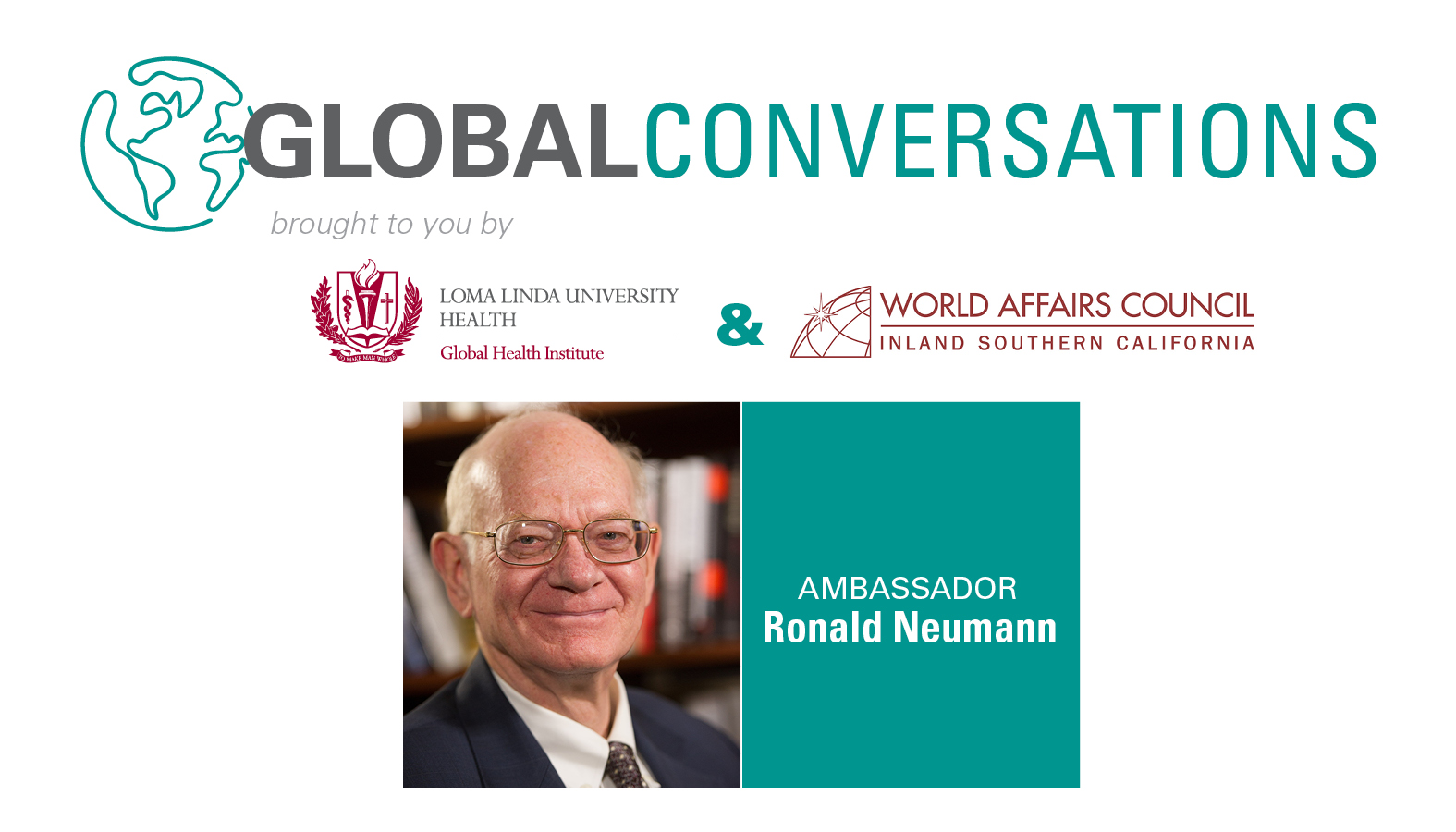 Ambassador Ronald Neumann
Formerly a Deputy Assistant Secretary of State, Ronald E. Neumann served three times as Ambassador to: Algeria, Bahrain and Afghanistan. Before Afghanistan, Neumann, a career member of the Senior Foreign Service, served in Baghdad with the Coalition Provisional Authority and then as Embassy Baghdad’s  political/military liaison with the Multinational Command. In earlier positions he was Director of the Office for Iran and Iraq, Deputy Chief of Mission in Abu Dhabi, United Arab Emirates, and in Sanaa in Yemen, and Principal Officer in Tabriz, Iran. Ambassador Neumann is the author of a memoir, Three Embassies, Four Wars  (2017) and  The Other War: Winning and Losing in Afghanistan  (Potomac Press, 2009).